So far, I’ve talked about how a seamless and enjoyable commute, sans car ownership, can go a long way towards mitigating the experience of inequality in a city. 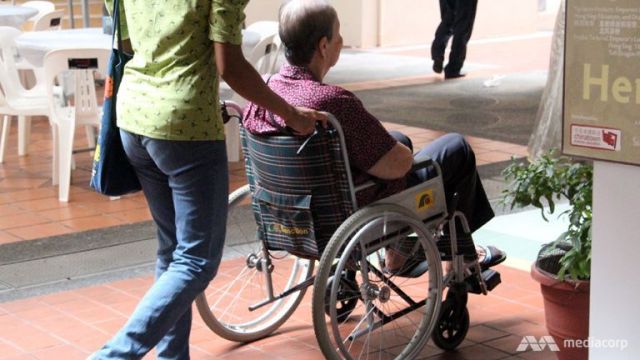 None of these groups are mutually exclusive. In fact, I hazard a guess that the number of families who fulfill at least two of these three conditions is not small, and will grow with the forces of aging and inequality.

For cities to provide a truly inclusive transportation experience, we need to explore three ideas:

Can volunteers fill the first-and-last meter transport gap instead? For example, when Jim orders his ride to the clinic, can a request be blasted to volunteers who are in the 200-yard radius of his home or destination? It can be a simple five to ten minute volunteering stint – helping Jim out of his home and onto the bus, or out of the bus and into the clinic for registration.

With one click of a button, Jim should be able to pick and pay for his transport menu to the clinic, and get first-and-last meter support from the community. Volunteers who choose to be in the network can do good in bite-sized chunks. They don’t need to go out of their way – they receive alerts as they go about their daily lives. Perhaps we can lighten the load of caregivers.

This idea has taken off with apps like GoodGym, where runners can sign up to visit an elderly person or help with one-off tasks while on their running route. It would be important to integrate these efforts with our transportation networks so that people like Jim can enjoy seamless transportation experiences and live independently in the community, as many elderly desire.

Take Zara, the mother of four living in a Motel on Route 1 in New Jersey. Stranded because there are no public transportation options along Route 1, while ride sharing and taxis are too expensive.

It may not make sense for the Government to provide a public bus that passes by her Motel, simply because there is too little demand. I’ve personally experienced this. I used to live in a relatively inaccessible area in Singapore. Our municipality constantly lobbied the Government to provide a new bus line to serve us. We finally got it after 2 years, but every time I boarded that bus I counted no more than 5 people on it. Great for me, but it just wasn’t a great use of public funds to deploy a $100,000 bus way below capacity. Not to mention the additional congestion we created.

Here’s one idea for Governments: instead of buying a new bus to provide a bus line in inaccessible areas, use the money to subsidize rides by private providers such that it matches the cost of public transport. Furthermore, if a family like Zara’s is eligible for subsidies on public transportation, these should be applicable when they take rides by private providers.

This will require close collaboration between the Government and private providers (yes, operational issues will not be easy!), but is the most cost-effective way of closing the accessibility and affordability gap.

Some cities in the U.S. are working on this concept. For example, The Southeastern Philadelphia Transportation Authority (SEPTA) had insufficient parking lots at their train stations to accommodate commuters who drove to the station and dropped off their cars for the day. It did not make sense to make a huge investment in building new parking lots. Last year, they partnered with uber to provide a 40% discount on Uber rides to and from rail stations, encouraging people to share rides instead of drive.

Autonomous vehicles hold tremendous promise for our objectives of inclusive transport because they will likely reduce the cost of rides. First, a bulk of a ride’s cost today is the salary of the driver. Second, companies are moving towards deploying autonomous vehicles in fleets. When vehicles are constantly utilized, companies can afford to charge less per ride. Finally, with technological advances, we can expect the hardware of autonomous vehicles, such as Lidars, to decrease in cost.

When this occurs, it will make more economic sense for companies to deploy vehicles to inaccessible areas, even if there is no promise of a return trip. Reduced prices also means that transport will be more affordable to families like Zara.

In my first post, I talked about how a seamless and enjoyable commute, sans car ownership, can go a long way towards mitigating the experience of inequality in a city. In my second post, I explored the ways Governments must work with private transport providers to ensure a truly seamless commute in the sharing economy – one that mimics the comfort of car ownership.

This third post covered three ways to ensure that our transportation system caters to some of the most vulnerable members of our society: community participation, public-private partnerships, and embracing autonomous vehicles. Inclusivity is an objective that is particularly close to my heart.

My final post in this series will be about the darker side of the shared economy, and how cities and business must work together to manage disruptions to our transportation system, including the rise of ride-sharing technology companies, as well as the advent of autonomy.